I am pretty much the last person in the developed world who has yet to have watched The Wire.

It's not that I was intentionally avoiding The Wire - it just sort of happened. I was working full-time, going to school part-time, I had 24 to watch, and Mad Men to watch, and hockey, football, etc... and I didn't even have HBO for Pete's sake. Yes, I could have gotten the DVDs on Netflix, but I was still making my way through Kurosawa's filmography, so... well, you get the picture.


As time went on, I even started to embrace my status as a pop-culture outlier. The reactions I would get from people amused me to no end:


But one reaction that I would routinely receive started to wear at me a little bit:


"You've never seen The Wire!?! Oh, you should start watching it - you would really love it..."

And then I would get the litany of reasons why I would love The Wire - The smart writing, the dark mood, the grittiness, the moral ambiguity...

My friends know what I like, I'll give them that.


But none of that would have mattered if Liz hadn't recently decided to make watching The Wire our new TV-watching mission. You see, Liz loves Baltimore crime shows. Any of you remember Homicide: Life on the Street? Liz's favourite show ever (with the possible exception of Buffy, but that's another blog post entirely). And The Wire is apparently Homicide with the network-broadcast kid gloves removed and incinerated. Liz has actually watched the entirety of The Wire on her own (you know, during her deportation year...), but as is apparently common among fans of The Wire, she seems to see it as some kind of missionary duty to Bring The Wire to The Masses.


Which brings us to Brent's place, watching the first two episodes of The Wire on his big, fancy TV.

The first two episodes have a lot of introduction and exposition, as one has to expect, but opening with the corpse of Snotboy (or whatever that kid's name is) lying in the middle of the street sure makes an impression.


Now, if there has been one benefit to having waited so long to watch The Wire, it's that I have had extra time living in DC (a mere 40 miles away from Baltimore), getting familiar with the regional stereotypes and tropes that are referenced in the show. I've also had the opportunity to get to know a number of Baltimoreans who I couldn't help but project onto characters from the show: 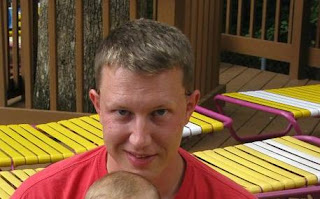 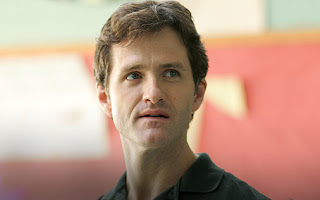 As soon as Pryzblewski shot his pistol at the wall, this link was forged in steel. I'd apologize to Billy for what might not be the most flattering comparison, but truth be told, I think this is something he'd take as a compliment. 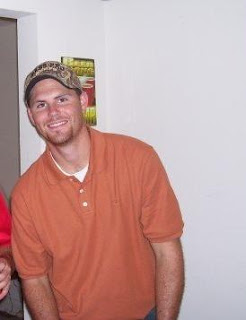 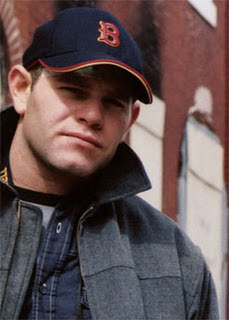 More for the accent and general build than anything else, but nonetheless, I regard the resemblence as being there. 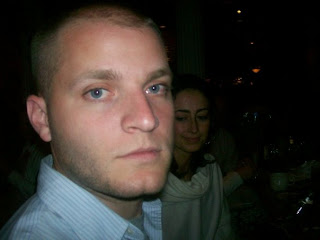 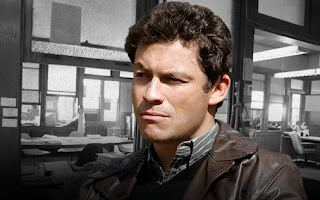 Maybe a bit more of a stretch, and McNulty definitely has more hair, but there are some shared @$$hole tendencies that make the comparison work for me 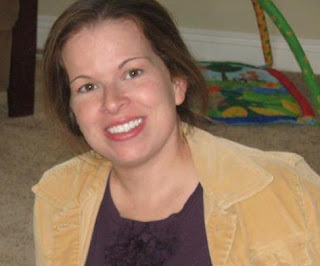 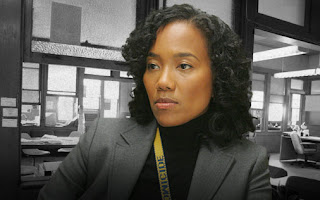 Yes, I realise that Beckey is not African-American, nor is she a Lesbian, but I see the same, "don't mess with me" edge to both their personalities.

There are some others waiting in the wings for their casting call for sure, but I don't want to go too far with the casting just yet. There are a lot of DVDs to go still...


It's fun watching TV and superimposing your friends into the show. I sure hope none of them get shot though...


So after two episodes, where am I with The Wire? Well, so far, so good, but it's obvious that the show is still getting warmed up.


That of course, gives me a chance to make some predictions (Liz has pointed out that it is ridiculous to be making predictions 9 years after the show aired. That is 100% true, but I assure you that I have been well insulated from spoilers and honestly have no idea what's coming):


I feel like D'Angelo is totally being setup to be the soft-hearted gangsta who is destined to wind up in witness protection or (most likely) with a cap in his @$$.


Avon is all ruthless drug CEO, and is looking like a really cool villain. I'm thinking that he's the kind of guy who will want to kill D'Angelo personally when it comes to that (you know, 'cause they're family...).


Herc is totally going to get burned in an internal affairs investigation at some point. His penchant for going cowboy on the job is basically Chekov's gun at this point.


Sorry Billy, but I'm thinking that Pryzblewski is going to get his dumb @$$ killed at some point.


Cop shows like this usually have some example of a loving relationship disintegrating under the pressures of the job. Is that going to happen to Kima and her partner? I will be sad if that happens...

Finally, there's no way McNulty's anti-hero routine can be sustained over however many seasons, right? I mean, at some point, he's either gotta flame out, get jaded and bitter, or kill himself. Right? Am I right?!? Actually, don't tell me. I'll just watch the show.
Posted by Unknown at 9:50 PM