Adventures in Indiana Part I - Flashback

So, there I am, on a work trip to Indiana. I've been to the past two Indy 500s on recreational travel, but this is my first time back in Indiana for professional reasons since 2003, and being back here again has me reminiscing on a particular story from back then.


Back in '03, I was in Indianapolis working on a computer systems validation project with my friend & co-worker Tim. Our routine was to spend between 10 and 12 hours in a windowless room that doubled as the building's tornado shelter, grinding through line after line of code that was meant to be implemented in the biopharmaceutical plant at which we worked in New Hampshire. Each day, after emerging from our tornado shelter with bloodshot eyes and less will to live than when we entered, we would go drink - a lot.


Tim and I found that an area called Broad Ripple, near Butler University, was a lively neighbourhood with an excellent selection of bars. We drank in college bars, NASCAR bars, basketball bars, townie bars... but one night, Tim decided that he wanted to go to some place a little more clubby. There was a few places in and around Broad Ripple that seemed like they would fit the bill, so we decided to try one of those that night.

Tim was taking his sweet time getting ready, so I killed some time in the lobby, leafing through a copy of that day's USA Today (love those infographics!). The elevator opens, and Tim walks out wearing a blazer, slacks, and really, REALLY shiny shoes.

Now bear in mind, I'm in jeans and a T-shirt here, rocking the same pair of hiking boots that I have worn every day and night the entire time we've been in Indy. I didn't even pack anything remotely close to as snazzy as what he had on, and with good reason - The midwest, for all the protest this comment might garner, is not snazzy.

I can't allow this to pass without some commentary:

"We're not about to go out in downtown Boston, man. Don't you think you're a little overdressed?"

Tim shrugs, "I dunno, I just want to be dressed appropriately if we wind up somewhere nice."

Of all the options at my disposal, I decide to lock in on the shoes (they are just so damn shiny). 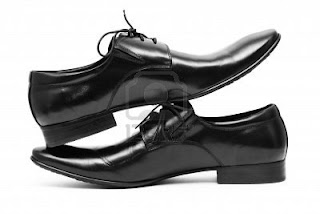 "Dude, look at those shoes - Those shoes are way too shiny for Indianapolis."

In my head, I am picturing a small, Asian guy and a way-overdressed New Englander walking into some bar full of corn-fed Indianapolis townies. Every scenario ends with me getting thrown through a piece of plate glass and kicked in the head (which has actually happened before, but that's another story).

It's clear to me that nothing I say can dissuade Tim from this course of action, so away we go.

We wind up at a place called Eden. I have a very specific memory of the building exterior. I remember it as actually being a nice-looking building architecturally-speaking, aside from the cheesy, neon-lit sign saying EDEN in big, lurid letters. Flashes of strobe and club lights from the upper-level windows and low-frequency thumps of bass suggested the clubby vibe that we were after that night.

I can't remember whether or not we paid a cover (God, I hope we didn't pay a cover...) but either way, we managed to gain entry and walked into what can best be described as a sort-of-but-not-quite rave club, complete with glow sticks, bad dancing, and 22 year olds pretending to be tripping on E. Tim remarks that the place reminds him of what would have been a cool club in 1995. In other words, it was exactly what we were looking for. 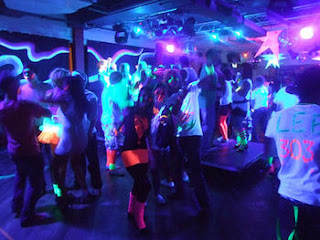 It was however, kind of dead. We'd gotten there a little too early. No big deal there - fewer people in the bar = shorter lines at the bar. So we sidled up to the bar, got our drink on, chatted with the bartender and watched the bad dancing from afar. As the evening wore on, the place picked up and the fun factor rose accordingly.

Enter Random Guy - This dude rolls up to the bar, orders a drink and starts talking to us. I don't remember this first conversation. What I do remember is my first impression: Random Guy = Very Weird. Afterwards he took his drink and wandered back into the crowd, and was immediately forgotten (or so he would have been if not for what came later).

After another drink or two, I'm feeling sufficiently liquored-up to consider making my own contribution to the bad dancing goings on at Eden, when suddenly Random Guy returns to our location at the bar to begin the process of taking our evening into Ridiculousland.

He looks at Tim and I with obvious agitation - "Hey - see those guys over there? They just tried to pick a fight with me. Can you believe that?!?"

Waitaminute, I think to myself... does this guy think that we're his friends?

He continues, and I notice much to my chagrin, that Random Guy has that glint of Crazy in his eyes... "I think I want to start something, but I need you guys to back me up."

Oh, for the love of God - in his weird, Random Guy worldview, we are his friends, and he wants to start a brawl with Tim and I as his supporting cast. I need to try to talk him off the ledge as gently as possible.

"I don't think that's a very good idea, man. Nobody needs to fight anybody tonight"

But our new friend is still righteously indignant. "No no - it's OK, see? Because if he's got my back, and you've got his back, and I've got your back, we're all good, right?"

At this point I am legitimately concerned that the night is going to end with my ass getting kicked by a bunch of Butler frat dudes over some perceived slight that took Random Guy into Ben-Stiller-Angry-Mode. His assumptions about our erstwhile Coalition Of The Willing need to be blown up, and quickly - "Look, nobody has anybody's back here. There's no need to start anything. Just relax, and enjoy the evening."

Miraculously, that gets through to him. He almost visibly deflates, and makes an almost pitiful figure as he wanders back into the crowd.

I am now drunk, and on a just-dodged-a-bullet adrenaline rush. Time to dance!

Tim decides to remain by the bar, so I hit the floor for some bad dancing. The crowd on the dance floor is delightfully un-ironic, and I wind up chatting a little bit with some short-haired brunette who I remember (probably incorrectly) as resembling a Hackers-era Angelina Jolie. 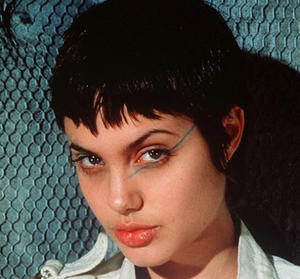 After dancing off the adrenaline, I return to the bar, feeling like the fun-quotient of the evening has been restored. Tim however, looks a little perturbed.

Well, suffice to say that Tim should have participated in some bad dancing instead of remaining at the bar. Shortly after I went off to dance, Random Guy returned, and perhaps seeing Tim as having been more sympathetic to his earlier plight, decided to make another inappropriate jump in friendship level.

Random Guy to Tim: "So, what are you guys doing after this?"

Tim: "Nothing really. Probably just going back to our hotel."

As you can imagine, my jaw hit the floor at this point in Tim's recounting of the tale. You'd think it couldn't get any weirder, but our bizarre new friend had one more bullet in the clip:

At that point, I lose it. Poor Tim is looking totally shellshocked here, and in truth, probably needed and deserved a better friend than me in that moment, but all I can do is laugh, and when I am finally able to speak again, it is only to take the piss out of him:

"It was the shoes!!! I told you those shoes were too shiny for Indianapolis!!! Bwahahahahahaha!!!" (I know - I am a baaaaaad person...)

Once my laughter subsides, I start to feel a touch bad for Tim, whose expectations for this particular evening had been so spectacularly dashed. I also figure that we probably need to get out of there before our friend comes back yet again.

"Come on," I say to my crestfallen companion, "let's go get some burritos as big as our heads..." 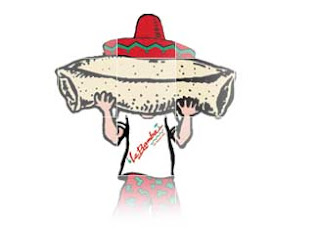