Watching The Wire, Part II: Chess - It's Not Just a Game, It's a Metaphor!

Five episodes into the first season, one scene in particular stands out for me:

Yo, why you playing checkers on a chess set?

There are so many things I love about this scene. First of all, you get a clear demonstration of the differences between Bodie and Wallace, illustrated via the contrast between Checkers and Chess. Yes, it's a bit of a rote cliche (put the phrase "chess not checkers" into google to see the borderline overuse of the phrase), but it fits so perfectly into this context. Wallace comes across in these early episodes as smart, thoughtful, and as the kind of kid who, in different socio-economic circumstances, could probably have gone to college and gotten a legit job, and a legit life. It's telling that he wants to learn how to play chess instead of checkers - He knows that there is more to the world out there, and he wants to learn about it. A few episodes later, it's Wallace who speaks up to D about not getting paid, and him again who spots Omar's boy playing pinball and then has the presence of mind to call in the hit. That kid's got potential!

Bodie, on the other hand, knows what he knows, thinks that he's good at it, and doesn't care to step outside of it. But once D explains the basic rules of The Game, Bodie buys into it, and whereas Wallace quietly takes it all in, Bodie immediately looks for ways to work the rules to his benefit. That closing exchange speaks volumes:

Bodie: A'ight, but if I make it to the end, I'm top dog.
D: Nah, yo, it ain't like that. Look, the pawns, man, in the game, they get capped quick. They be out the game early.
Bodie: Unless they some smart-ass pawns... 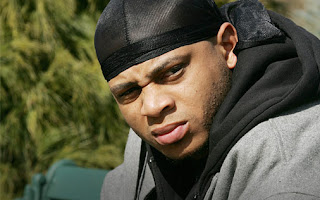 Smarter than your average pawn

Bodie is crafty enough to escape from juve, but there's no way he survives long within this story arc. He's a pawn striving to race across the board, and there's no way that can end well.  Bodie be out the game early methinks... 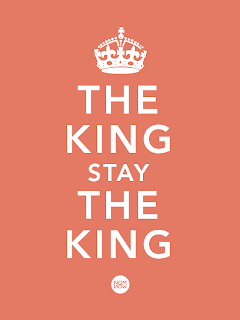 Another brilliant aspect of this scene is how effectively, and efficiently, it educates the viewer on how a drug organisation operates. The routine of moving the stash around, so key to the "Omar steals the stash scene," is established here. The explicit identification of Stringer as the guy who gets $#!^ done, the idea that The King's crew "run so deep, he really ain't gotta do $#!^", and the inherent futility of the drug-dealing lifestyle ("Everything stay who he is"); all of that critical background information is packaged up and delivered in a phenomenal 3-minute scene.

Finally, the chess metaphor changes the way you (or at least I) watch the show.  A lonely McNulty wants to hookup with the DA, so he uses a work-related gambit as an opener, before making the booty call play.  The stakeout of Omar's van?  That's all about the Cops trying to set up a collar of Omar with a weapon on him.  Only Omar is thinking two moves ahead: He makes a clean move in the van to set up a parlay, and then drops the fact that he knows Bubbles is working with the cops.  Avon is jumping at shadows, and trying to get two moves ahead of the shadows: He gets his landline disconnected, and starts using different pay phones.

And Stinkum?  He gets a shot at being a pawn that gets promoted.