Alright.  So, I've been in Russia a little over a week now, which obviously makes me qualified to blog about the place as if I'm an expert.  Over the past seven or so days, I've noticed that there are number of things that seem to be inordinately popular here, compared to other countries.  Proceeding with the disclosure that these are all ridiculous generalisations, and an apology in advance to any Russian readers who I am probably about to offend, I present to you nonetheless...

Stylish Russian dudes all love their murses.  Liz noted that it makes a fair bit of sense if you need to carry your wallet, phone, cigarettes and lighter all at the same time.  I countered that there are plenty of dudes in N America who carry around all of those things without needing a murse.  Either way, the social norms here are such that it's perfectly OK to carry around a murse.  As with many things in Russia, it leads to a great cognitive dissonance, where a burly, tough-looking Russian dude will have a small, black, leather murse slung across his shoulder as he walks through the city with his bros.


The Russian love of techno is a thing to behold.  You can be in a small, medieval town, marvelling at a monastery that has stood since the 12th century, when all of a sudden, some dude in a Lada with a super dark tint job, and aftermarket exhaust cruises by, blasting out some synth-pounding, auto-tuned club track.  Again, the cognitive dissonance is staggering.  In fact, it seems like the continuous stream of techno is interrupted only by the occasional Nickleback interlude - given the choice, I'll stick with the techno.

From Friday through Sunday, Russian women wear the highest, flashiest, most painful-looking shoes they can afford.  Hey, it makes perfect sense - When your population is genetically predispositioned to be on the leggy-side, why not augment it with super-fabulous heels?  On Monday however, the flip-flops and ballet flats come out, as the Kill Heel stance is not sustainable for more than a weekend at a time.  With each passing day during the week, however, the heels edge higher and higher until the next Friday comes around...

7. Assuming Foreign Tourists Love Italian Restaurants and British/Irish Pubs
My first few days in Russia, I actually thought that Russians loved Italian food and British Pubs to a strange degree.  But no, once you get outside of the tourist centres, the spaghetti and Guinness joints disappear, replaced by the Кафеs, Ресторанs and Барs that Russians actually go to.  This realisation made me sad... If it was a matter of Russians loving Italian food, I could chalk that up to a cultural quirk, like the Swedish love of sub-par pizza.  But the reality - the realisation that this is how Russians view the rest of us - is kind of sobering.  The average Russian apparently looks at a foreign tourist and assumes that they can best be placated with large plates of pasta, and pints of beer that can be found in any other developed country.  There is surely some truth to that, but Russia has so much more to offer from a culinary standpoint than Macaroni Grill knock-offs and green-painted pubs...

6. Drinking Vodka by the Carafe

Vodka is a key part of any big night out for Russians.  In restaurants we have frequently seen families or groups of friends with a carafe of vodka at their table, shotglasses at every place setting.  There definitely seems to be a routine where there is a toast at the beginning of the meal after which everyone knocks back a full shot.  Following that opener, the consumption generally slows to a more moderate pace, although not always...

Every souvenir market in Russia has shelves and shelves of Matryoshka Dolls.  And not just the traditional-looking ones either.  We've seen animal versions, political versions, glitter versions... We even saw a market stall that specialised in North American Pro Sports Matryoshka Dolls.  NBA, NFL, MLB... you name it.  The best ones, however, were the hockey Matryoshka Dolls.  The Team Canada version even had a pretty decent depiction of Sidney Crosby on it!

4. Not Walking On Escalators

The first time we rode a Russian subway, I approached the escalator angling towards the left hand side, ready to do the DC thing and walk up the escalator, past the standing traffic on the right.  Three steps into my upward journey, I hit traffic.  Russians don't walk on their escalators.  I can sort of understand why - Both the St. Petersburg, and the Moscow subways are quite deep underground, and the escalators are all quite long as a result (think Bethesda or Dupont Circle in the DC Metro).  While we occasionally saw someone in a hurry walking down an escalator, we haven't seen anyone interested in walking up one of those escalators since we got here.  As with all generalisations, there is a big exception here: At.Belorusskaya Station, the station where you catch the train to the airport, people will haul @$$ up that escalator to make sure they get to the airport on time. 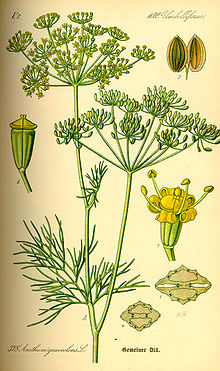 Russians put dill on just about everything.  You know how America overuses cinnamon?  Russia approaches that level of use for dill.  There's even a Facebook group dedicated to it called "Dillwatch."

When a Russian dude wants to kick it up a notch for night out on the town, he goes into his closet and pulls out the shiniest suit he owns.  It's actually pretty eye-catching, and as long as it's tailored well, it does look pretty darn sharp.  I may need to pick one up for myself before I leave.

There is a real "Law of the Jungle" aspect to waiting in lines in Russia.  Any kind of line situation quickly morphs into an amorphous game of Who-Can-Slip-Through-The-Gaps-In-The-Crowd-Fastest?  The best people at playing this game are older women, who literally just barge through the rest of the crowd like a roadie at an arena concert.  The worst people at playing this game are Canadian tourists.  We really suck at this.
Posted by Unknown at 2:39 PM