Strike A Pose - There's Nothing To It

Aydana had just finished ringing up my thousand Rubles or so of souvenir purchases.  Armed with a friendly smile, fluent English, and a just-aggressive-enough brand of salesmanship, she had managed to up-sell me on a bunch of tchotchkes I didn’t need.  But then, I figured that if you’re going to get up-sold, it might as well be done at the hands of a pretty, young Kyrgyz girl, right?

As we wrapped up our transaction, I asked if it would be OK if I took a photo.  Ayadana replied that it would be no problem, and backed up, out of the shot.

The field of view, a generic souvenir store, half-full with stragglers from an Asian bus tour, was decidedly uninspiring.  I turned back to Aydana.

“How about a photo with you in it?”

A raised eyebrow.  A split second of feigned shyness.  And suddenly, the situation took a turn.
Glasses off.  Hair smoothed, and gathered, tossed over a single shoulder.  A partial turn towards the camera.  Arms crossed.  Just a hint of a half smile.

Smiling myself now, I took the photo. 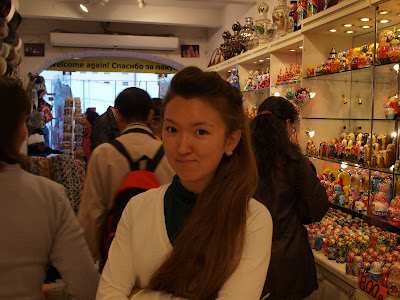 Lowering my camera, I nodded my thanks and moved to leave, but my new Kyrgyz friend wasn’t about to let me get away without some quality control.  Cutting me off, she peered over my arm to get a look at the photo.

Taking me by the arm, she took me further into the store, setting up in front of a wall of amber jewelry.  Feeling better about her backdrop, Aydana struck the exact same (apparently well-practiced) pose. 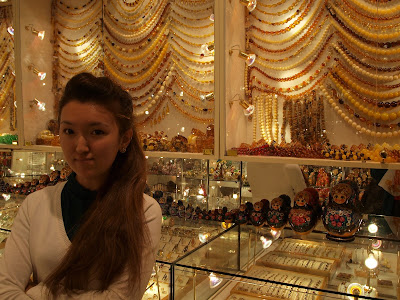 Another QC check, this time a pass.

Girls in Russia do love to take a pretty picture.


It was something Liz and I noticed as early as our first day in St Petersburg: Russian tourists put much more effort into their vacation photos than North Americans do.

For reference, here is how your typical Canadian / American tourist takes a vacation photo: 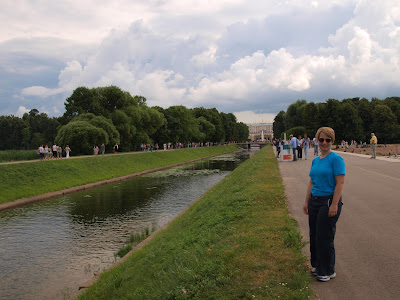 Note the comfortable attire, the stiff posture, the forced smile, the general “I’ve just spent the entire day walking around an overwhelming amount of Russian opulence” vibe…  Suffice to say, if Liz were putting together a Match.com profile, this probably wouldn’t make the album.

For comparison, here is a Russian tourist having her photo taken at Peterhof on the same day: 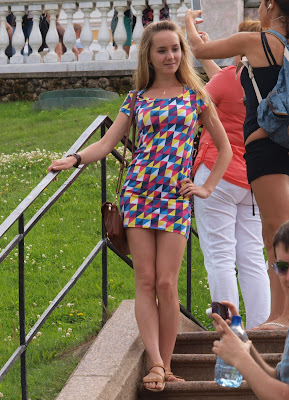 Note that extra little bit of swagger.  The tilt of the hip, the pointed toes, the well-practiced half-smile.  Of course, one observation is just a single point. 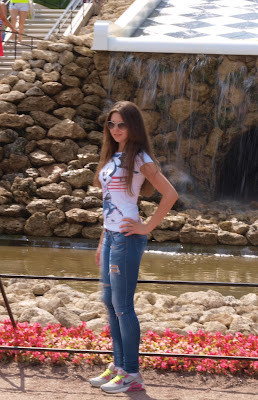 But two points count as a trend. 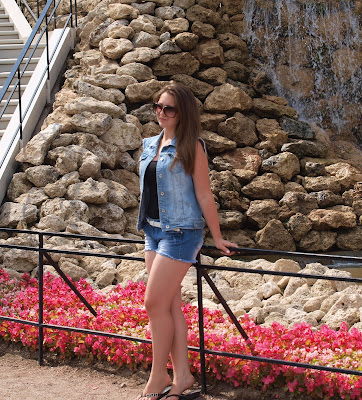 And a third (this one sporting an amazing Canadian tuxedo) makes for a legitimate phenomenon.

There was even an unintentionally hilarious moment where a young mother was posing for a photo, when all of sudden, her 6 year old daughter ran in to pose alongside her.  A few terse words were exchanged, probably along lines such as these:

“No photobombing Mommy while she’s working it for Daddy’s camera!”

“You’ll have plenty of time to upstage me when you’re older, young lady…”

“When I turn 16, I’m going to date nothing but hockey players!”

The little girl was dragged out of the shot by her father.  A glamorous photo was taken.  The little girl pouted and seethed, all the while planning her future vengeance…

The fascinating thing is that this phenomenon seems to be centuries-old.  In St. Petersburg’s Summer Palace, there is a room called “The Picture Hall.”  This room is decorated, floor to ceiling, with portraits of anonymous Russian women by Pietro Antonia Rotari.

Even in these 18th century paintings, the posing skills of Russian women are in full display:

It’s actually a bit disturbing to be in this room, surrounded on all sides by 300-year old portraits of Russian girls making come-hither eyes at you from out of the picture frames.

Nonetheless, it does provide some very interesting historical context around the Russian penchant for taking well-posed photos.

Russian women are as diverse as one would expect from a country that spans half the globe.  Their appearances range from Scandinavian to East Asian.  From the matronly, to the femme fatale.  You may see them heading to a hip restaurant, oozing old-world luxury class, or you may see them leaving a pulsating Euro-techno club, looking more Jersey Shore than Red Square.  But without a doubt, there is a supermodel within each and every Russian woman, and it stirs when you point a camera at them.
Posted by Unknown at 4:13 AM