There is a movie called "The Court Jester."  It's a period drama/musical set in medieval England.  The plot involves a usurper king, the infant rightful heir being cared for by plucky rebels, and a princess who wants to marry for love instead of for political gain.  Just like Game of Thrones, only without the incest!

Anyway, this movie came on TV the other day, and I wound up watching it for a little while.  I was struck by the actress who plays the princess, and thought to myself:

This of course, is exactly what IMDB was invented for, so off to the intertubes I went for an answer that totally blew my mind.

The actress who plays the Princess of England in "The Court Jester" is...

Yup, that's right, Hot Blond In Pink Dress will one day be Murder She Wrote.

I could almost hear my brain fracturing as a key part of my world view came unglued: Angela Lansbury had not been born looking old.  In fact, in her younger days, she was downright hot: 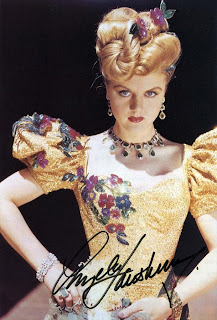 Time however, can be unkind.  And combined with the effect of 80s pop culture and rerun syndication, entire generations have lived their entire lives never knowing that Angela Lansbury used to get Margaery Tyrell roles.

That got me thinking: Who is the next Angela Lansbury?  Or the next Helen Mirren?  Or the next Katherine Hepburn?  Are there other archetypes that need to be accounted for?  So many questions...

Obviously I had to take a crack at this.  Here we go:

Angela Lansbury
The archetype for this division and inspiration for the entire, rabbit-hole of a time waster that is this whole train of thought...

Betty White
Although her comic timing may verge on being over-rated right now given her recent resurgence into the public eye...

Maggie Smith
I am quite sure that Maggie Smith was, in fact, born looking old. Oh, nevermind... wrong again. 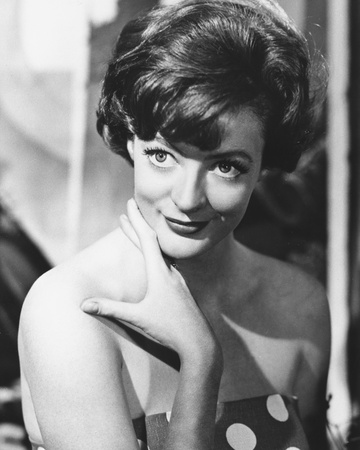 Tea Leoni:
I would love to see Tea Leoni do a sitcom. I think she'd be hilarious...

Amanda Peet:
Loved her in The Whole Nine Yards.  Never quite seemed to breakout with mainstream crowds though, which bodes well for her inclusion in this division if she lands a few big roles later in her career.

Jennifer Garner:
Does anybody even remember Alias anymore?  She's got a good shot here.

Helen Mirren:
Have you ever seen Caligula?  Watch Caligula, and then watch a season or two of Prime Suspect, followed by The Queen.  This woman has some serious range...

Katherine Hepburn:
Kept her clothes on as a young actress much more than Helen Mirren did, but probably has, on balance, a much more consistent quality to her career portfolio.

Sharon Stone:
Think about this for a second: Basic Instinct was released 21 years ago.  Yeah...

Jennifer Aniston:
You know, because these two are forever intertwined...

Elizabeth Taylor:
A celebrated Hollywood icon, but a borderline caricature of herself in her later years.  Amazing to see how powerful she was on camera in her classic films.

<that's pretty much it right now>

Linsey Lohan:
Contingent on her getting her $#!^ together enough to last long enough

Cameron Diaz:
Honestly, with a few breaks going the other way, Cameron Diaz could very well end up in the Helen Mirren division, but the media seems to be much harder on her for some reason, which I think could drive her here.

Drew Barrymore:
All she needs to do is remarry and redivorce Tom Green a couple more times, and she's in there...