Requiem for The Iron 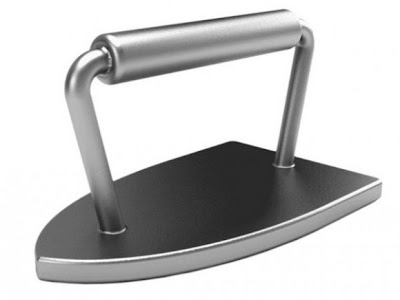 In my family, Monopoly has never just been a game.

That fact had always been lost on me until such a time as my cousins, my brother and I reached an age where outsiders (read: girlfriends and boyfriends) would occasionally get invited to play in our family Monopoly game over the holidays.

"Are you always this cutthroat with one another?"

Monopoly is the perfect game for my family:

It involves trades and dealmaking, allowing for plenty of backstabbing opportunities (it's how my family shows love - don't judge)

And it keeps score with money (yes, some Asian stereotypes are somewhat true...)

The official family Monopoly set, for years, was a old British edition, circa 1960 I believe.  It featured London street names (Mayfair, Bond St, The Strand, etc) and the houses and hotels were made of wood.  It came with 10 pieces: 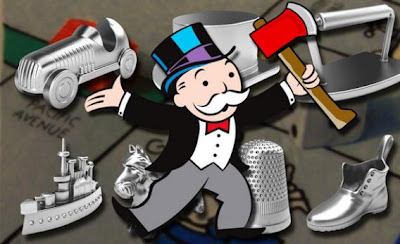 A few months ago, when Hasbro announced that one of the classic tokens was going to be retired, I knew that The Iron was in trouble.

The Iron lacks the stylish swag of a Top Hat

The Iron lacks the collectible & heirloom qualities of a Thimble

And early on, it looked like it might have been enough.  But then the Wheelbarrow found its champions.  Esquire.com picked up the cause for the Wheelbarrow.  As did True Temper, who put together an entire YouTube campaign around it.  Once Zappos entered the fray on the side of the Shoe, it was all over.

There are no champions for The Iron.  Not in today's world.  In a world where everybody talks about "Working Smarter," The Iron harkens back to an era that was about "Working Harder."  There is no room for The Iron in a world where cadre after cadre of douchebag MBA and Law School grads pay $1.89 per piece to have someone else press their shirts for them.  There is nothing aspirational about The Iron - instead, one aspires to a lifestyle where one never has to wield an iron.  Whatever credibility there may be in paying one's dues (metaphorically doing one's own ironing), is cancelled out by the feeling of entitlement so rife among first-world board game players in today's age.  The world has moved on, and The Iron has been left behind.

Leaving me here also - A Monopoly ronin, bereft and without a token, far from Go in a hostile landscape of high rents and internet cats.

Email ThisBlogThis!Share to TwitterShare to FacebookShare to Pinterest
Labels: Board Games, Iron, Monopoly, Save Your Token, Token