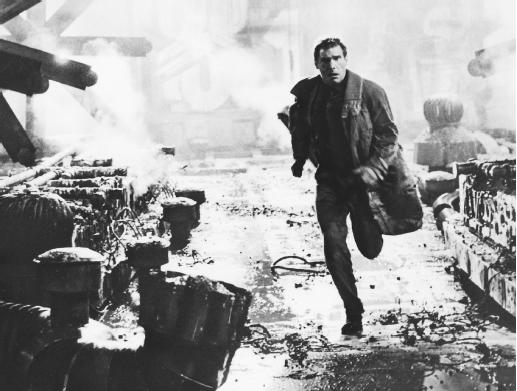 Full disclosure: I didn't see Blade Runner in the theatre.  Now, 30 years after its release, I would wager that there are a number of people who will claim to have seen it opening night - to have been in on the ground floor of what is surely a seminal piece of American cinema - and yet were not.

The truth is that very few people got in on that ground floor.  Blade Runner grossed $6 million on its opening weekend, and only $33 million overall in its theatrical release.

Everyone whiffed on it.  Hey, I was barely out of kindergarten at the time - what's your excuse?

Really though, the fact that we all missed it on a first pass is part of what makes the Blade Runner phenomenon so compelling.  It was never an obvious blockbuster, never a mainstream draw, never an accessible film.

You had to find Blade Runner.

I found Blade Runner sitting on the couch beside my Dad, having almost no clue as to what I was watching, but knowing that I was watching something awesome.  Rick Deckard sidling up to a dingy noodle bar on an LA street.  The flying police car he got around in.  The "retirement" of Zhora.  The ridiculous (and somewhat hilarious) beatdown he receives from Leon.  The love-hate thing with Rachel.  All those scenes made an immediate impression, but it was that final sequence - with Roy Batty poised on the brink of vengeance - that really got me.

As Deckard's mangled hands lost their grip on the rooftop ledge, I figured he was going to die.  After all, Empire Strikes Back had, only a few years before, taught me not to expect a happy ending all the time.  But when Roy improbably saved Deckard's life, only to die himself a few moments later, I found myself... confused.  I didn't quite understand what I'd just seen.

I had to think about it.

And that is what has allowed Blade Runner to endure for three decades.  It gives you so much to think about.

I'll spare you my analysis of the Theatrical Cut / Director's Cut / Final Cut debate.  That's been well covered elsewhere by people who know a lot more about movies than I do.  Everyone has their favourite version, and there's no wrong answer.  If you haven't seen any of them, and don't have time to screen all three though, I would recommend the Director's Cut.